A study of Romans 8:1 with Proverbs 31 Online Bible Study and Renee Swope’s A Confident Heart

“There is now no condemnation for those who are in Christ Jesus” Rom. 8:1

What a beautiful promise from Scripture! Thank you, Lord!

When I read this verse, I thought “NOW…ok…as apposed to when…?” Whenever we see the word “now”, or “therefore”, we have to question exactly that…what it is there for. It is a conjunction, a word used to connect sentences. I love the definition of “now” I read in the Cambridge dictionary, “used to give an explanation of a new situation”. The following text will explain the resulting effect of a transition from a former state, to a new one. When I glanced back through what Paul had written in the preceding chapters and was blown away by the headings in my ESV study bible…

The “NOW” is referring back to having placed your faith in God…putting faith in Christ Jesus. The rest of the verse applies to those who have been set free from the law, and are alive in Christ. Being “IN” Christ is a state of being. If something in placed in something else…it is there until it is moved. I love Col. 3:3: “For you have died, and your life is hidden with Christ in God”.  We who are saved are truly hidden in Christ, in the Father. We are secure. Isa. 49:2: “…in the shadow of his hand he hid me…”, Ps. 27:5: “…he will hide me in his shelter…conceal me under the cover of his tent…”, Ps. 31:20: “In the cover of your presence you hide them…store them in your shelter”.

[Jesus said]: “I tell you the truth, those who listen to my message and believe in God who sent me will have eternal life. They will never be condemned for their sins, but they have already passed from death into life.” John 5:24 NLT

“Whoever believes in Him [Jesus] is not condemned, but whoever does not believe is condemned already, because he has not believed in the name of the only Son of God.” John 3:18

IF you have done placed your hope and trust in Christ Jesus…Messiah…Savior…THEN you are free from “CONDEMNATION”. You are connected to, and supported by him, John 15:1-6: He is the vine that we are connected to…we get our life breath through, and from Him. John the Baptist declared: “…Behold, the Lamb of God who takes away the sin of the world.” John 1:29.

To be “CONDEMNED” is to be pronounced GUILTY. Judgement. Blame. Sentencing. Punishment. Penalty. This is what we deserve. This is what is reserved for those who do not confess their sin, for those who admit no wrongdoings, for those who do not recognize their need for a Savior and are bound to their sin. Paul declares the Lord’s truth that for those who have put their faith and trust in God, there is NO CONDEMNATION!!! We are freed from this harsh reality because we have recognized that it is what we deserve, and we have come to the Lord and asked for forgiveness.

This is a HUGE concept to comprehend, and so often I find that I condemn myself. I judge myself and punish myself. I fail to see my sin through the eyes of the Lord…as forgiven. The Lord does not seek to condemn but to convict. He wants me to be aware of my sin and recognize it as sin, but He has released me from being bound TO my sin. He wants me to learn from it and #failforward. Our sin is it is an opportunity for growth and learning. An opportunity to further our own relationship with, and dependency on Christ. It is evaluation of the circumstances through the eyes of Scripture, and recognizing where we have fallen short, and then learning from that Scripture how to move forward with the grace and forgiveness of the Lord covering our mistakes and allowing us to be free to try again!

#IAMNOT CONDEMNED…I HAVE BEEN SET FREE! I have been JUSTIFIED (1 Cor. 5:11) and SANCTIFIED (Heb. 10:10). I am free to leave my life of sin and live #movingforward in the light of God’s #priceless #perfectlove with #aconfidentheart.

Jesus straightened up and asked her, “Woman, where are they? Has no one condemned you?” “No one, sir” she said. “Then neither do I condemn you.” Jesus declared. “Go now and leave your life of sin.” John 8:10-11 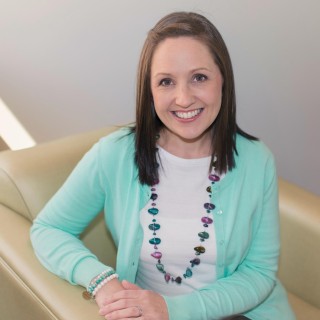